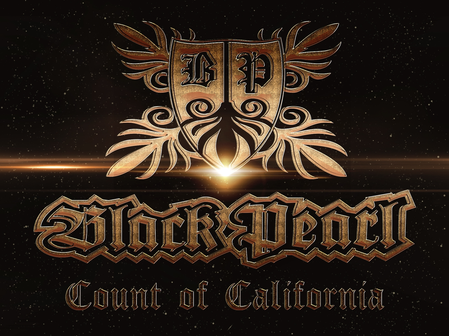 THE COUNT OF CALIFORNIA, BLACK PEARL

A native of American Samoa, Reno J. Anoa’i has over 20 years of experience as a creative and dedicated Wrestling Promoter.  Anoa’i has a long history of producing wrestling events globally.  Anoa’i produced the HULKAMANIA TOUR in Australia, coordinating Hulk Hogan’s first and only wrestling appearance in the land of OZ.

During his tenure with NWE Wrestling based in Italy, Anoa’i produced over 200 live wrestling shows across Europe including sold out shows in Italy, Spain, Scotland and Africa.  Anoa’i knows his way around the squared circle both inside the ring and out; hailing from the infamous Samoan Dynasty Family and is known in the business as a “Triple Threat” PRODUCER, PROMOTER and WRESTLER, Wrestling under the moniker Count of California “Black Pearl” he also held the WWC Tag Team Champion Belt in Puerto Rico.  First ever NWE European Champion over Scott Steiner.

In an effort to shake up the wrestling business Anoa’i created THE TERRITORY LEAGUE showcasing TEAMS of wrestlers representing their respective cities in exciting matches.

In his community, he is actively involved in several charities, including Big Brothers Big Sisters and the Make-A-Wish Foundation.  Anoa’i is a college graduate of Chico State University with a Bachelor’s Degree in Criminology.

Even More Information of the World Famous ANOA’I WRESTLING FAMILY:

The art of Professional Wrestling has been passed down through generations upon generations within the Anoa’i clan.  Several members of the family have wrestled around the world and back with the knowledge of the wrestling business inside and out of the squared circle always at the forefront of their minds.

You can’t mention “Professional Wrestling” without mentioning the name ANOA’I — these fellas were BORN TO WRESTLE! WWE Hall of Famers AFA & SIKA ANOA’I known to the world of wrestling as the “WILD SAMOANS” followed in the footsteps of their uncle HIGH CHIEF PETER MAIVIA, grandfather of DWAYNE JOHNSON (THE ROCK) and many others followed into the “Family Business.” A business, which boasts a solid roster.

All of these “gentle giants” share more than a bloodline; their unique talents have become universally recognized as “ANOA’I TRAITS” from their massive agility, charisma and raw athleticism, coupled with devout honor of their Samoan heritage, it truly is hard to believe this many professional athletes hail from one family and one tiny island deep in the heart of the South Pacific!  Numerous championships, Tag Teams and honors have been bestowed upon this family, however, the legacy continues…